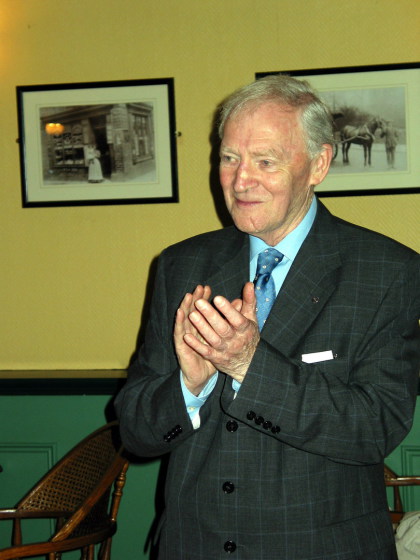 Below Mr Ellis's children,  Nick, Paddy and Susan tell us what the real Mr. Ellis was like.

Many of you will only know Mr Ellis as Mr Ellis.  He was more than just the man in the gown with the resounding heels however.  There was a warm and happy, loyal and decent man there often hidden from view, even when having to deal with the most difficult situations both at school and at home.  This was our Dad.

His background was that of a loving family, father, mother and sister, living in Wallasey, on the Wirral.  He worked hard from his early years, gaining a scholarship to the Grammar School.  This had an effect on him as his career developed; he would become a firm believer in equality of opportunity for both non-academic and academic children of both sexes.  Tennis and cricket were his major passions at the time, apart, of course, from his Matriculation which he passed in 1939.  He was offered a place a Magdalen College, Oxford to read Modern Languages.  He refused the place as he didn’t want to live in the Occupied England South, as the German forces were expected to invade in the dark days of the Phoney War.  He wanted to stay and look after his parents and sister. He applied instead for a scholarship to Liverpool, and was accepted on his first degree course.  He studied for the year and was called up for military service.

It could be said he was a good soldier, being made into a signaller for the Royal Artillery, serving in both the North African and European theatres.  He passed the officer school entry (The only person ever to achieve 100% in this test.) but couldn’t go, as his unit was sent urgently to Egypt. He managed to find himself a billet in the command post, with the CO ‘letting’ him do the work; setting the guns (calculating the firing ranges, targets …) and sending out the orders.  This meant he didn’t have to carry the shells, drive the trucks, sit in the sunshine …

He had an absolutely virulent hatred of smoking.  But this enabled him to have a cushy number when it came to guard duty.  All troops received a daily ration of fags.  Many of his fellow gunners were quite happy to swap their guard duty for his 20 a day.  So he never missed a night’s sleep either.  He was at El Alamein.  We once saw him fight the battle on the dinner table; and yes, he did use the salt and pepper as regiments, with knives and forks as the battle lines.  And he won it again, but this time against a friend who’d been in the Guards who claimed they’d won it.

His unit was then transferred to Blighty, preparing for D-Day.  He was 23 years old.  It took us many years to find out exactly what he did, but briefly, he landed on the day, but ‘six hours late’, in the early afternoon.  His unit (tragically minus one of his best friends) eventually made it to Holland where one Stuka pilot spotted him and deliberately dropped a bomb on him.  Badly injured, with concussion and shrapnel wounds covering most of his body, he was repatriated to Chester Military Hospital.  There he found a niche gently making fun of the matron (a nurse his own mother had trained when she was a nurse in 1917).

After nearly a year in hospital, with his injured leg saved from gangrene by a miracle drug we now call penicillin, he went back to Liverpool to finish his first degree.  He then went to Paris to finish his MA, making friends there who lasted a lifetime.  He then was offered a university job in Canada, which he refused as he preferred to stay with his family, then was interviewed by the Foreign Office for the diplomatic service. (We learned later that he might have become a spy.)  He came 4th out of the intake of 100 that year but wasn’t allowed ‘in’ as he didn’t have the right connections.

He had to find a job and plumped for Liverpool Collegiate.  A school for the boys of Liverpool, high standards, Oxbridge entries galore, but tough and uncompromising, as were many of the boys he taught.  He was given, as the new teacher, the ‘F’ sets, the boys who had some vague hope of passing an exam or two before leaving.  These lads were tough, many from the renowned Scotland Road, their condition made worse by their intelligence.  He spoke their language though, and got them to learn, pass their exams against expectations and honed his teaching skills, his wit and humour and no-nonsense attitude enabling him to gain their respect.

He then met our mother.  They married, and he became a councillor.  The local party asked him to stand as MP in the next general election.  He refused, as they now had one child and twins on the way.  The north east beckoned and the family moved to Darlington.  There we stayed for a couple of years until a job came up in a little grammar school in the north west.  Headmaster at only 38?  His favourite story about his interview for the job was when the panel asked  him sternly “Do you drink?”, this from a local Methodist.  He replied “Of course.”  The response is not known.  He was then asked about how he would handle girls in school (their exact words!).  His immediate response was “I wouldn’t.”, but it seems as if the majority of the panel could see that his responses were true and a reflection of his views and humour.

So, we spent many happy years in the Wigan area.  His life away from school was very different.  We saw the family man, the joker, the gardener, the Rotarian, the only person to be able to relieve the tension caused by the death of a hamster by joking “Would you like him fried or boiled?”.  The creator of the worst puns in the world, the most useless intellectual jokes in five languages, including Latin.  You had to keep up, even at the dinner table.

Most people never saw the love he had for the family nor recognised the loss he felt when our mother died.  He carried on.  That was his way.  To sum up,  go to a thesaurus yourself and find synonyms for the following; stoic, loving, caring, intellectual, devoted … and add some more of your own to describe a real human being, not just a headmaster who wanted the best, gave of his best and demanded the best for his children, not only us three and his grandchildren and great grandchild, but for the thousands of young people who went through UGS between 1959 and 1981. 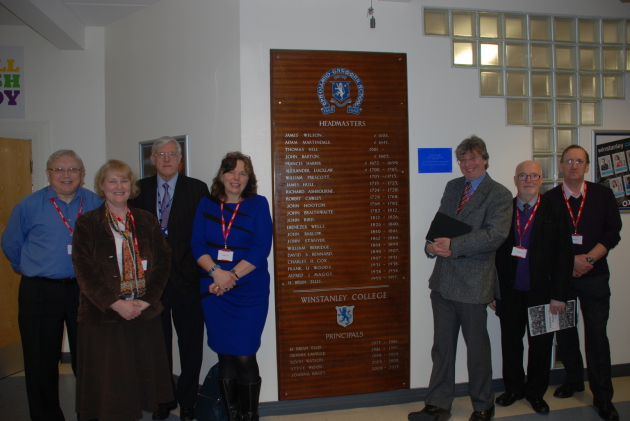 On Thursday 5th March 2015 I attended Winstanley College with Alan Swift, David Atherton, Brian Jones and members of the Ellis Family to view the new plaque in honour of our late headmaster H.B. Ellis.

Many thanks to Mel Chadwick and Laura Barker at the College for their warm hospitality. 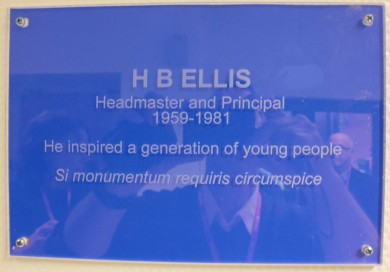 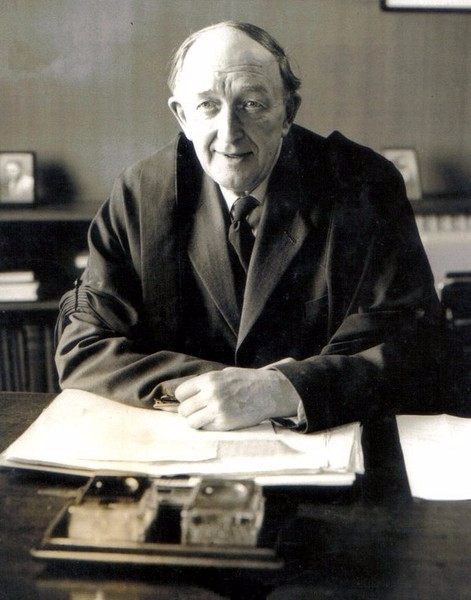 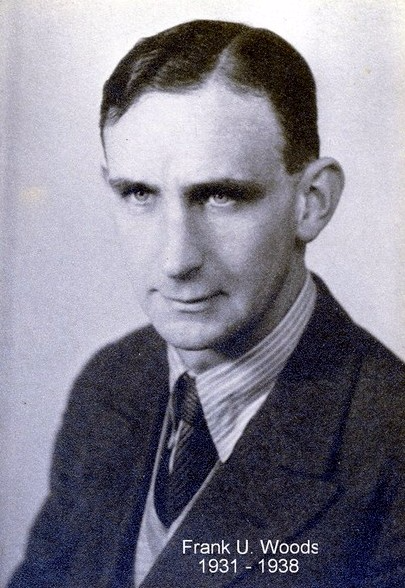 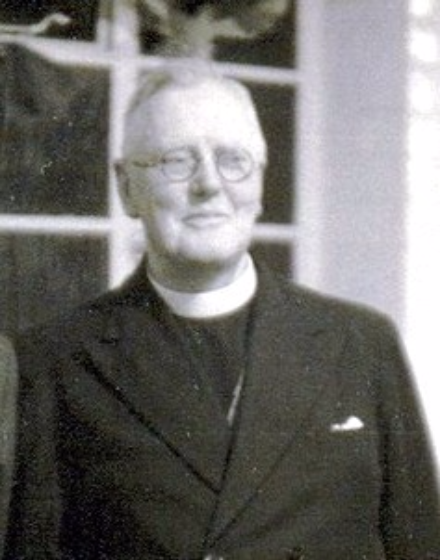 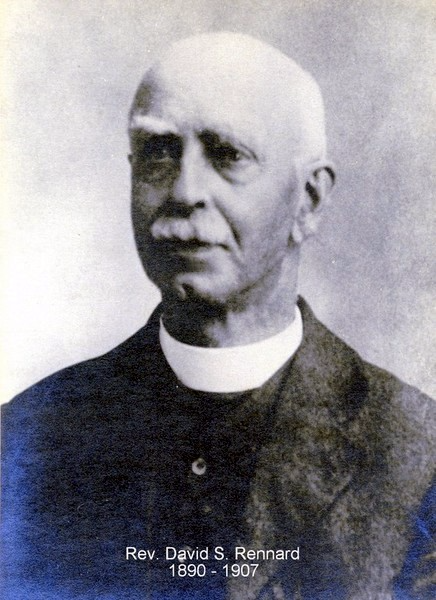 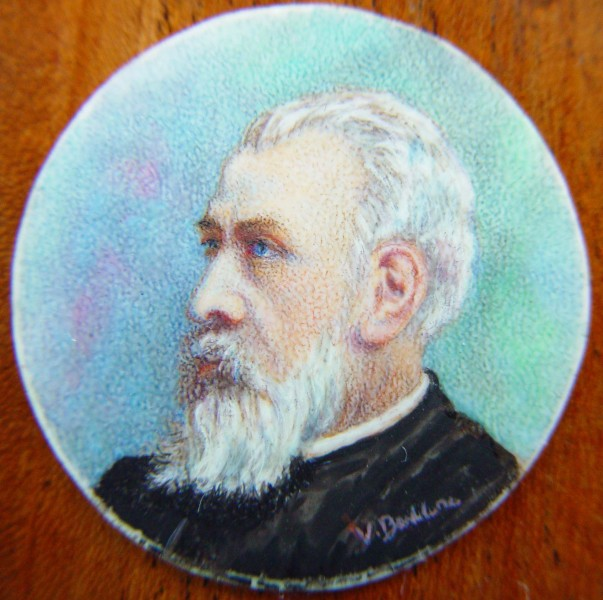 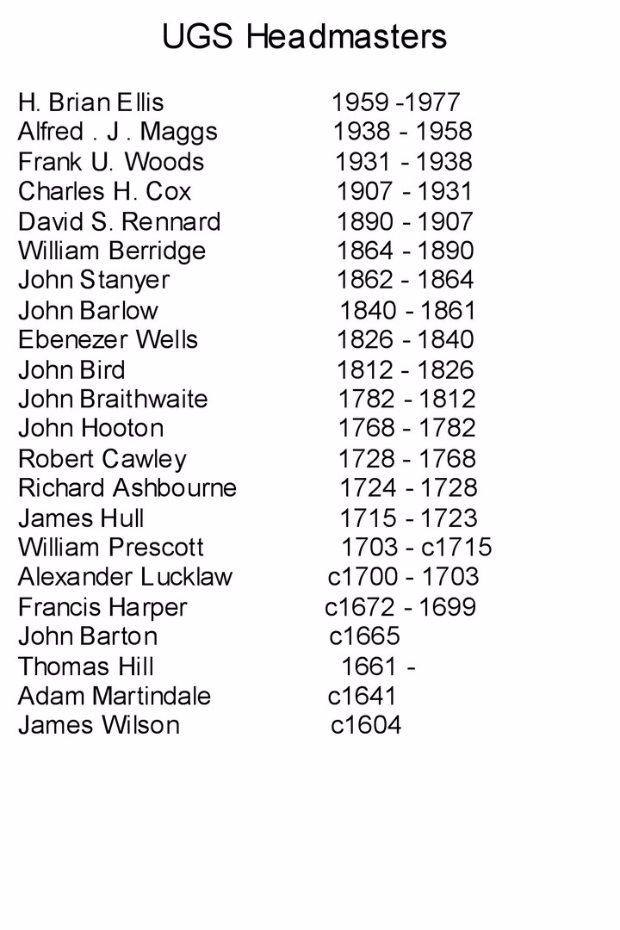