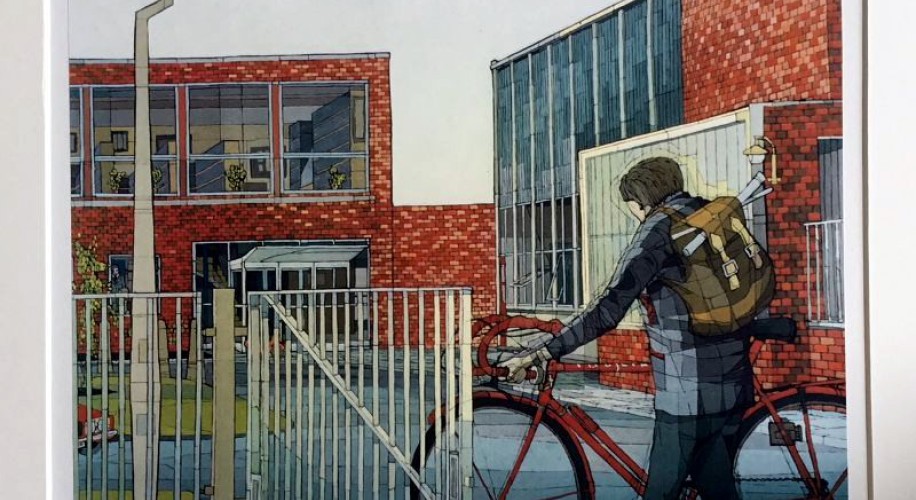 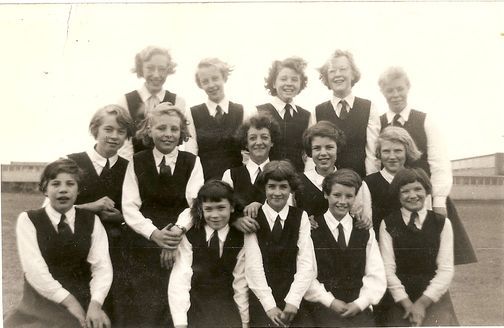 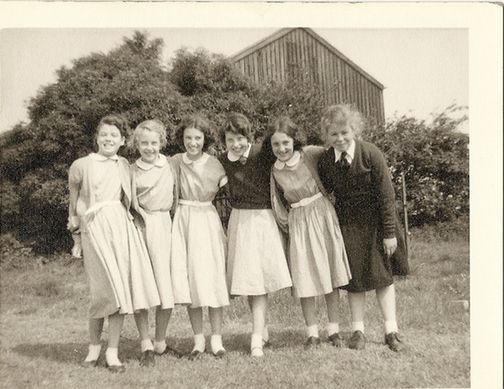 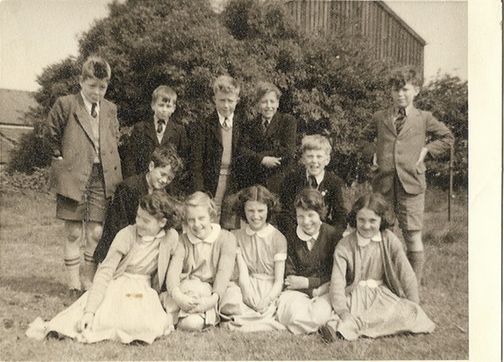 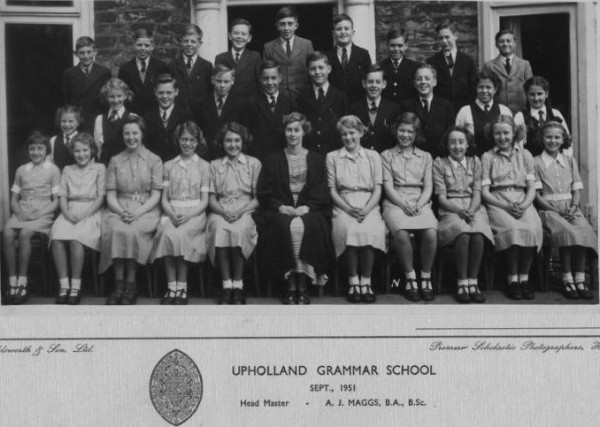 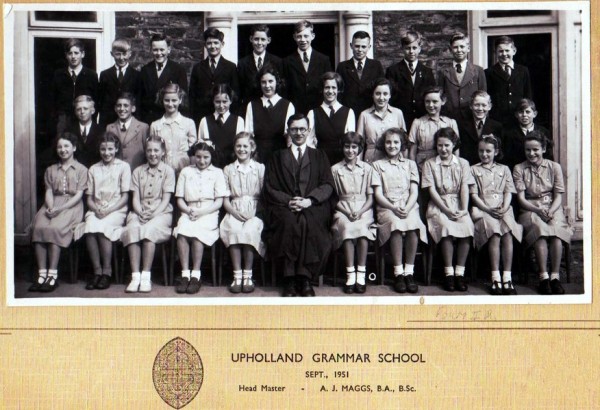 ( Photo courtesy of Mike Woods who is no,10 on the back row and married to Barbara (Gore) who is no.1 on the front row. They were married 10 years and 3 months after the picture was taken and celebrated their Golden Wedding on 30 December 2011. )

Information on Bluebird from Philip Knowles - Bluebird  April 17th and 18th 1959. I have a copy of the school magazine for the Spring Term of 1960 and it has a picture of a scene from the play.
You would not believe the review written by 'RAFS'. Approximately 1500 words long it not only mentions the actors, sets, costumes etc. but includes a literary analysis of the play and its nuances which I didn't understand in 1960 and I am no wiser on reading it again.
He describes my performance thus;-- 'These two (referring to David Hampson and Rosamund Barnes as Tyltyl and Myltyl the leads), hardly off the stage during all six acts, gave an exhibition of stamina and sustained effort which was only rivalled , even out done, by the unquenchable mischief of the cat played by Peter Worthington with what was nothing short of virtuosity, and the unshakeable, except for a brief lapse among the fleshpots in the garden of Happiness , loyalty to Man of the Dog, played with rombustious, gambolling gusto by Philip Knowles.
He describes the set as  'To Miss Finney and her scholars of Art is due unstinted praise. As scene after scene and set after set broke upon the eye, even the meanest amateur of Art must have felt his pulse stir; for here was a kind of artist's notebook spanning the whole panorama of Western Culture in this sort: the draperies of Classicism with the Joys, Grundwald's barbaric wilderness in the Forest; Watt's Romanticism in the Palace of Night; Table of luxury out of Brughel; Dutch interiors in the Cottage; Holman Hunt and the pre Raphaelites in the Graveyard; a David canvass in the struggle of the trees; the stark ,modernistic austerity of the Kingdom of the Future; Waltean and Fragonard in the Garden of Happiness; and in the charming dance there luring one to quote the song 'Thank Heaven for little girls', Boucher purified. All this and more besides. Nor was this a jumble of jottings. Each scene had its own validity; all were integrated into the wholeness of the fantasy.'